How do IoT devices communicate?

How do IoT devices communicate?

A not entirely simple question, admittedly. Many factors play a role in answering this question, such as:

These questions (among other things) play an important role to determine how and if the IoT devices can talk to each other. We would like to shed some more light on this topic in this and the coming posts.

First, we should take a look at the basic IoT reference architecture and what the most important components of a good IoT architecture are. Here, we will initially limit ourselves to a view from “10,000” meters, so we don’t want to go into too much detail; only as far as it is needed for further understanding.

A rough overview of an IoT architecture – Cruising altitude 10000m

Basically, this architecture can be divided into three areas. At the field level, we have the “Things” (the things, devices, sensors…) that give the Internet of Things its name. This corresponds in a classical sense to the field level, where relevant information is captured, data is generated, possibly aggregated and then sent for further processing. Important insights are then usually generated by data analysis in a cloud environment due to its higher computing power available on demand. These “insights” then allow us to make well-founded (smart) and also early decisions, which is shown in the following image as the “Actions” area.

A closer look at an IoT architecture – Descent to 5000m

As already discussed, IoT devices are available at field level for the collection, generation and preprocessing of data. In order to generate relevant information (insights) from this data, the data prepared for transmission is sent to a cloud environment. The corresponding endpoint to which the devices connect is called the cloud gateway. This serves as an interface between the Things and the Insights and ensures secure communication with authorized IoT devices. All other unauthorized or unknown devices are rejected and cannot get past the doorman, so to speak, because they lack access authorization.

In addition, the cloud gateway internally routes the data to the internal stakeholders. This usually consists of a streaming analytics process that analyzes the incoming data in near real time and can identify potential initial problems. In addition, the data is usually also forwarded to an appropriate data storage for later and more detailed analysis, where new insights can then be generated through the common and well-known mechanisms of artificial intelligence (machine learning, deep learning,…) but also simpler statistical evaluations such as data correlations. All for the purpose of being able to make smart decisions, which can then be incorporated into corresponding business processes.

Would you like to learn more about how I/O.nite helps you make the right business decisions?
E-Mail our experts: info@ionite-solution.com 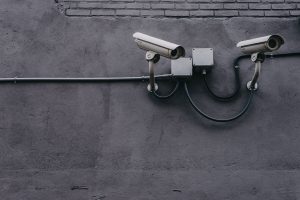 Why is IoT Security so important?

An IoT topology consists of 3 parts: The IoT device the communication and the Backend. To secure hardware a lot of technologies already exist. Just 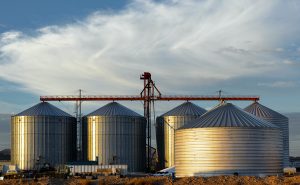 IoT and Agritech – Revolution of the Agriculture Industry

The Agriculture industry is feeding the world. That means applying IoT technologies to this area helps people in the most direct way possible. In the 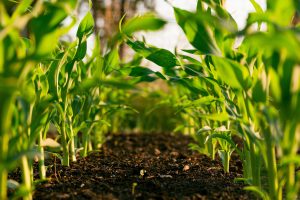 How is IoT used in Agriculture?

This website uses cookies to improve your experience while you navigate through the website. Out of these, the cookies that are categorized as necessary are stored on your browser as they are essential for the working of basic functionalities of the website. We also use third-party cookies that help us analyze and understand how you use this website. These cookies will be stored in your browser only with your consent. You also have the option to opt-out of these cookies. But opting out of some of these cookies may affect your browsing experience.
Necessary Always Enabled
Necessary cookies are absolutely essential for the website to function properly. These cookies ensure basic functionalities and security features of the website, anonymously.
Functional
Functional cookies help to perform certain functionalities like sharing the content of the website on social media platforms, collect feedbacks, and other third-party features.
Performance
Performance cookies are used to understand and analyze the key performance indexes of the website which helps in delivering a better user experience for the visitors.
Analytics
Analytical cookies are used to understand how visitors interact with the website. These cookies help provide information on metrics the number of visitors, bounce rate, traffic source, etc.
Advertisement
Advertisement cookies are used to provide visitors with relevant ads and marketing campaigns. These cookies track visitors across websites and collect information to provide customized ads.
Others
Other uncategorized cookies are those that are being analyzed and have not been classified into a category as yet.
SAVE & ACCEPT